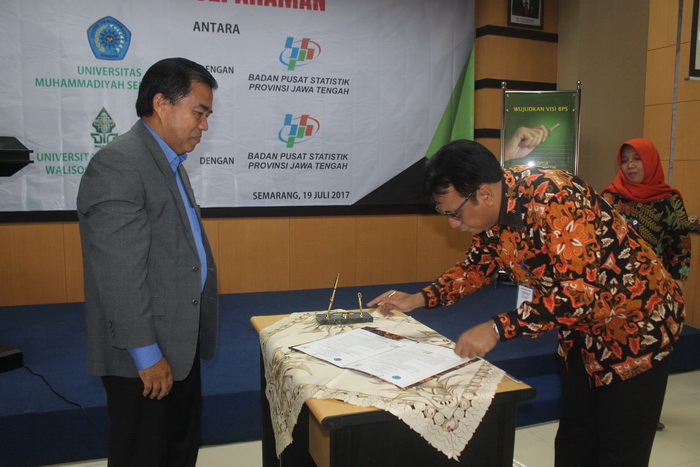 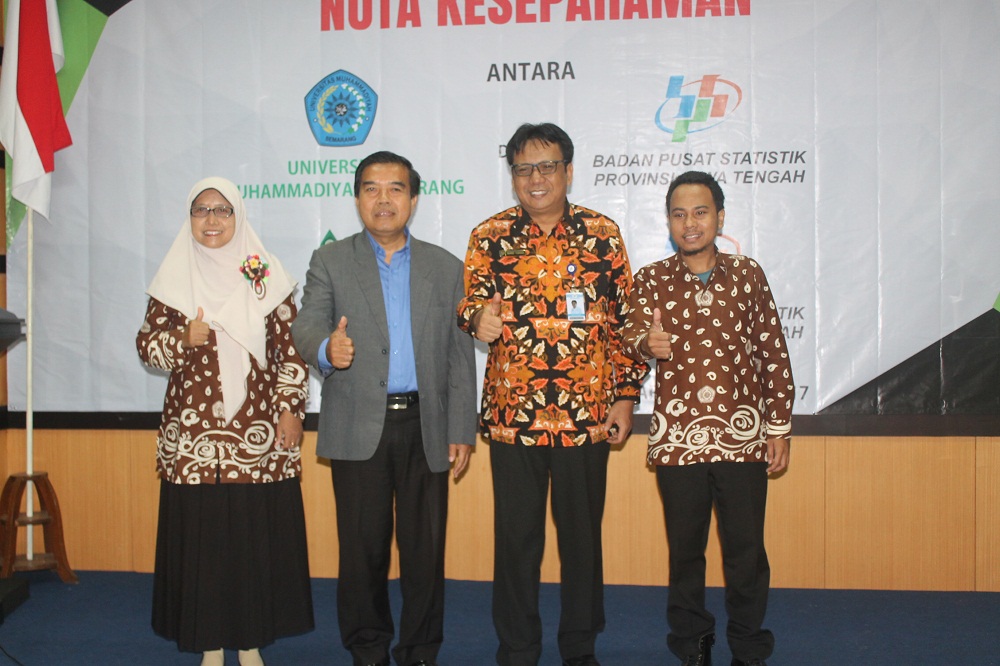 In the ceremony, the Rector of Unimus was accompanied by the Dean of the Faculty of Mathematics and Natural Sciences at Unimus (Dr. Eny Winaryati, M.Pd.). He stated following the signing ceremony that the cooperation established dealt with the university’s three obligations, such as education, research, and community service. “We hope that the cooperation would be beneficial for both parties. Through the cooperation, students at Unimus, especially from Statistics program, can be involved in socializations and censuses conducted by the Statistics Indonesia of Central Java Province as well as having opportunities to do internships in there. On the other side, staffs of the Statistics Indonesia of Central Java Province who has never taken any undergraduate program can take it, including at Unimus as one of the partners.  Meanwhile, statistics experts from the Statistics Indonesia of Central Java Province can share knowledge to Unimus’ students through either general or expert lectures, or become teaching-practicians, guest speakers in seminars and other scientific activities on the campus” stated the Rector. Moreover, he stated that in the global era, extending networks was a must. “Every institution has to create a network with all elements of the nation in order to optimize all available potentials for the sake of the nation’s prosperity” he explained.

Head of the Statistics Indonesia of Central Java Province on that occasion revealed that the cooperation would be fruitful for both his institution and Unimus. “Our data can be used by both lecturers and students. Meanwhile, new sciences and methods about statistics that are developed in the educational world can be shared with us” Dr. Margo Yuwono added.

Unimus Prepares the Competencies of Future Educators through a Briefing on Educational Internship
Comments are closed.