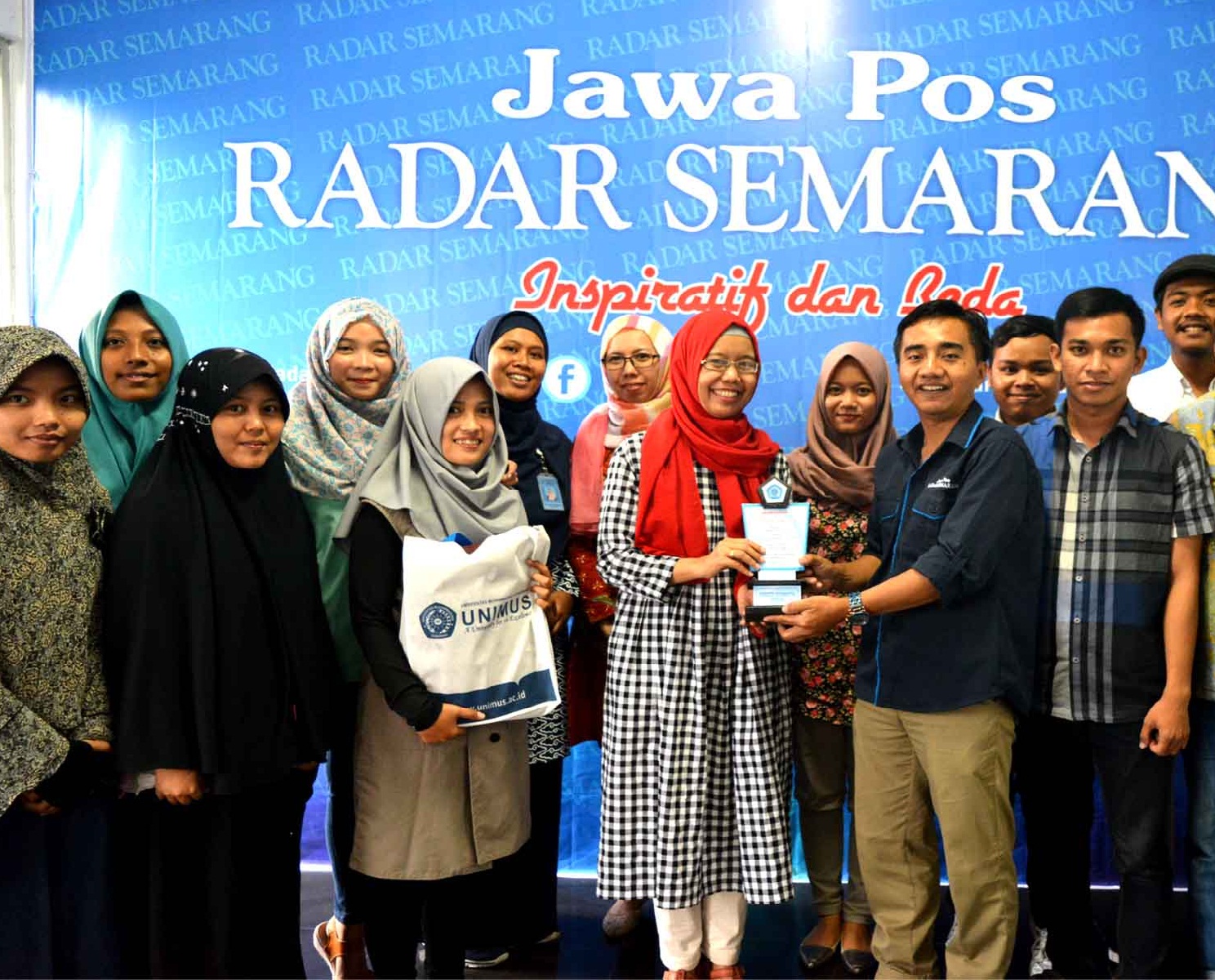 Students of the Undergraduate Program of English Literature at Unimus took a picture with the Chief Editor of Jawa Post Radar Semarang.

SEMARANG- Students of English Literature Study Program at Universitas Muhammadiyah Semarang (Unimus) visited the editorial office of Jawa Pos Radar Semarang on Jalan Veteran, Semarang, in Thursday afternoon (20/07/2017). Those visiting the office were second and fourth semester students taking Journalistic subject. The visit was led by Yesika Maya Ocktarani, S.S., M.Hum., the dean of the Faculty of Foreign Language and Culture, accompanied by Sugeng Irianto (the Journalistic lecturer) and several other lecturers in the study program. 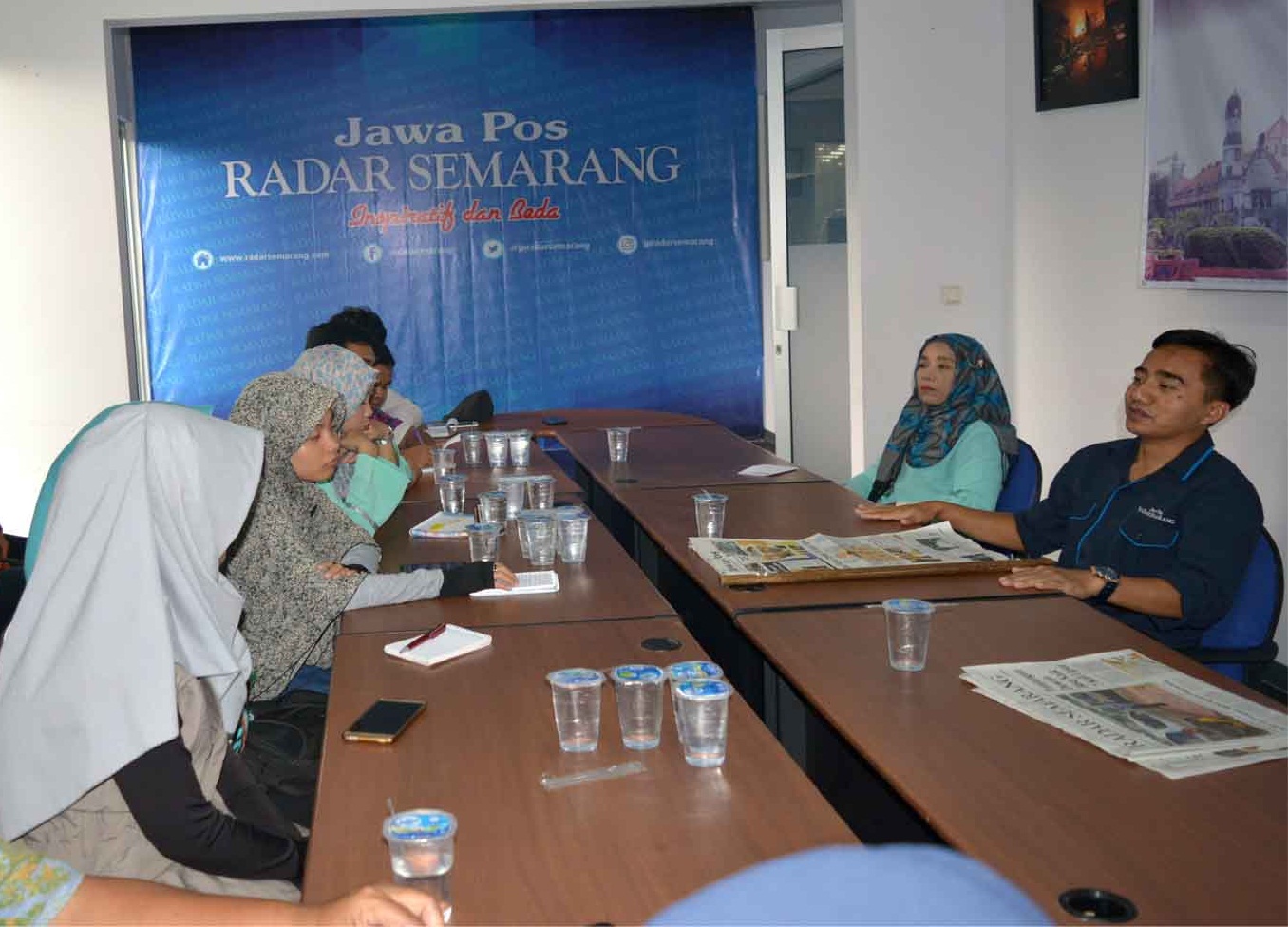 “The visit to the editorial office of Jawa Pos Radar Semarang is made as the closing lecture of Journalistic subject”, Sugeng Irianto stated. “It aims at giving the student deeper knowledge about journalistic, directly from the practitioners of mass meda, which will finally completes the class learnings,” he added. Journalistic is given in semester 4 since four years ago. Visit to an editorial office has ever been made twice previously, but of Suara Merdeka, not Radar Semarang.

Yesika Maya Ocktarani, S.S., M.Hum. as the dean, appreciated and gave support to the students activity for it would complete the course normally given only in the campus. She even will try to follow it up by establishing some official partnership with Radar Semarang, including to make it one of places for the students of English Literature to do internships.

The students and the company were greeted pleasantly by Mr. Arif Riyanto, the Chief Editor of Jawa Pos Radar Semarang, Ms. Yuni, the head of administration, also in charge with internship, and Ms. Tri Waluyoningsih. Lots of Knowledge about editorship (newspaper management), commercials, and even internship affairs were shared, including how to maintain the existence of the newspaper in the digital era.

Many of the students asked questions related to jobs of journalists and editors, as well as commercials, competitions with online media, internship, newspaper management, etc. They looked interested with the chief editor’s explanation. Some even stated their intentions to do internship in there. Finally, the visit was closed with a souvenir handover by the representative of English Literature, to Radar Semarang, and vise versa.

Technical Unit of Library Held a Training of Trainer on Instruction of Information Literacy for Librarians
Comments are closed.