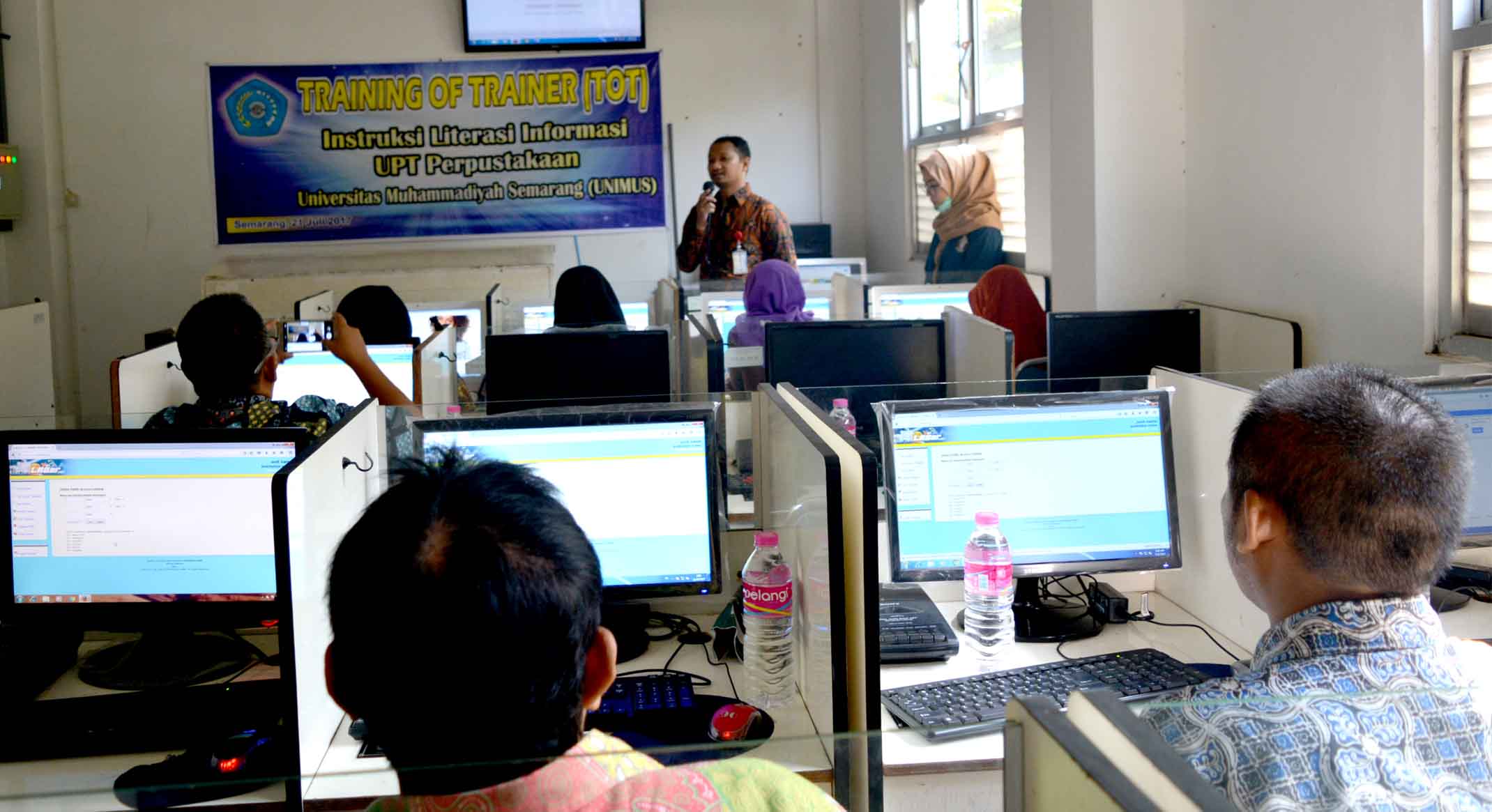 Head of Library during his greeting speech 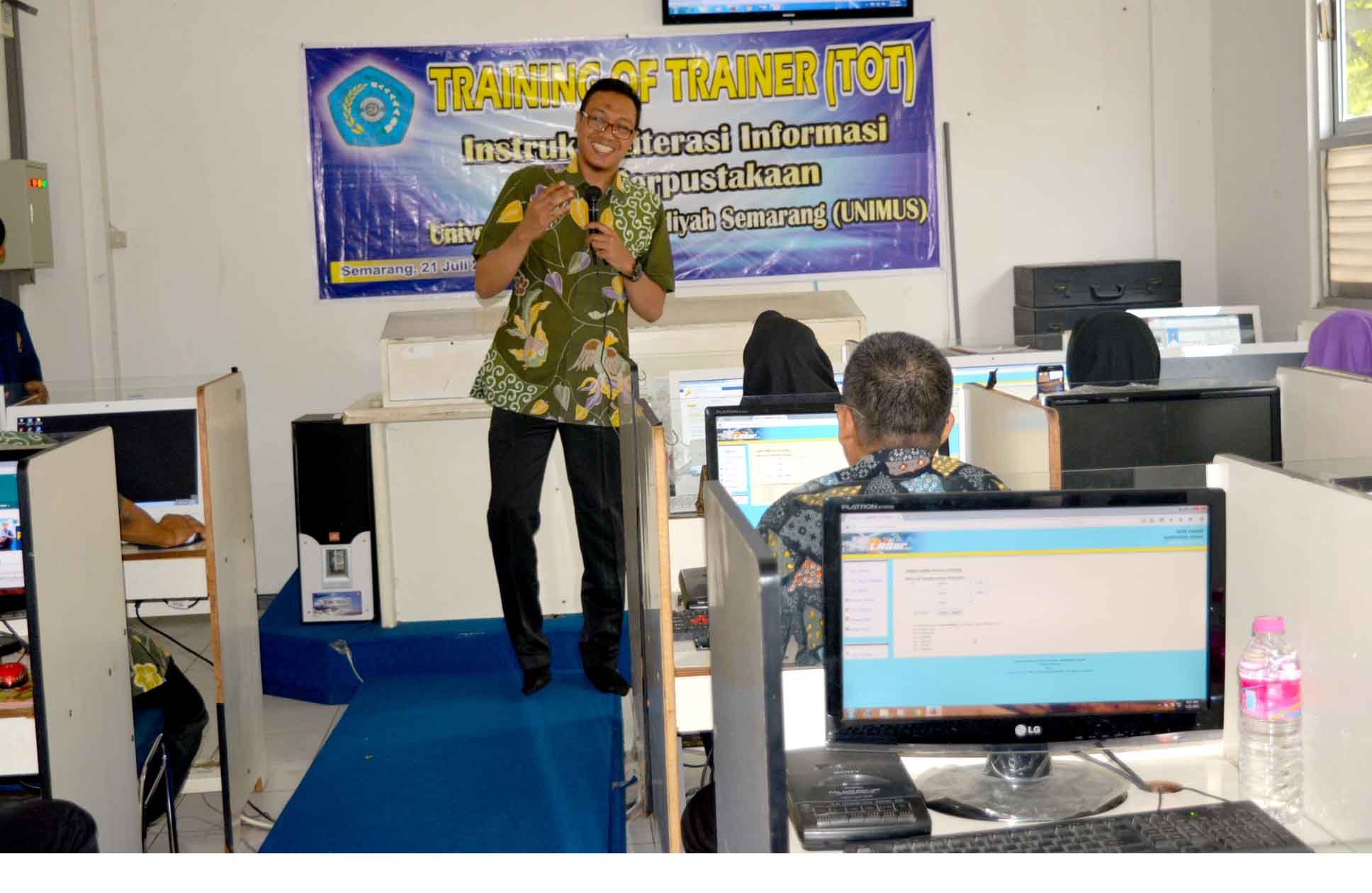 The program needs to be held to enhance the competence of librarians at Unimus. Library is closely related to information, so that the training program was held in order to improve the quality of services to the students, as one of the ways of implementing the vision of the Technical Unit of Library in sharing information and improving the use of technology, in addition to training the librarians to get ready to apply it to new students,” stated Unimus library head.

Libraries in Semarang, either stated-owned or privately-owned especially Unimus’, have equal competencies in terms of their function to share information to both students and public in general. Thus, improvements are necessary and librarians are asked to upgrade both of their soft skills and hard skills in order to support the performance of the library itself, where they belong to.